View from the Doll’s House 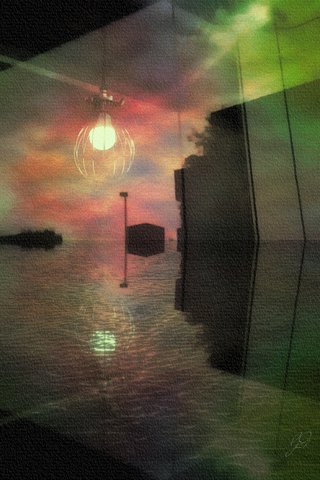 it felt like an immense distance from sleep
remote from the enfolding as a lost sheep
no point doing the count when already first light
had trespassed into the room, torch-like,
beams shot through holes in the dark drapes
where moths had dug their way out
– all those articles he’d left still hung about me
pinpointed one by one – blue eyes fixed on the raincoat
it was neither torn nor famous*
but it was his and the clock struck four
each toll a dread foretelling of how tired today would be
and how far flung the night

I slipped on the raincoat and raised myself up
silhouetted under a lamp post, waiting for a train
a raft of ravaged sailors with the scent of death
upon their breath came begging for a blue plate
cold eyes swimming in their wake, someone said I was crying
– it was him, full of laughter with a silver-tongued hunger
told me nice girls never refuse but he would take me back
to the end of the street, to his cosy nook, but only for a look in
a three-story townhouse decked in miniature
and reaching in to touch the bed, I cracked the ceiling open

It felt like an immense fist beating on my head
the midday sun lasering through holes in the dark drapes
he was long gone, like the moths

8 Comments on “View from the Doll’s House”

Queenstown – a jewel in the crown.

Hastening from Haast to Wanaka