Posted on 7 Feb 2019 by Laura Bloomsbury 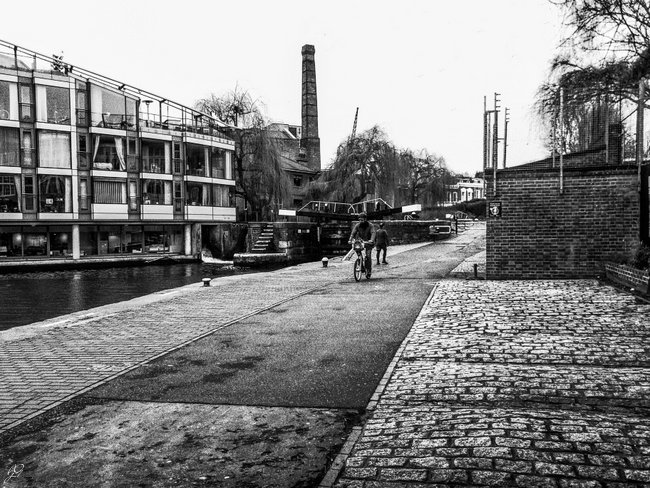 The Regent’s Canal, joining the river Thames to the Grand Union Canal, and east to west London. This 200 year old waterway is one of the many walks that Martin and I enjoyed. Over the years though the thoroughfare has become much busier and increasingly populated by cyclists with a ‘right of way’ attitude.

Here at City Road lock, the canal approaches the Islington tunnel which has no towpath so in the days before narrow boats had engines, bargees had to ‘leg it’ or walk the tunnel walls to manoeuvre their craft and cargoes through. Meanwhile pedestrians still have to meander round it, criss-crossing streets until the towpath can be rejoined further on.

This photo was taken on a very overcast day which dulls colour and so I invariably resort to high contrast mono and adjust the light/dark ratio accordingly. The settings on the Ricoh CX3 come readily to hand for this.