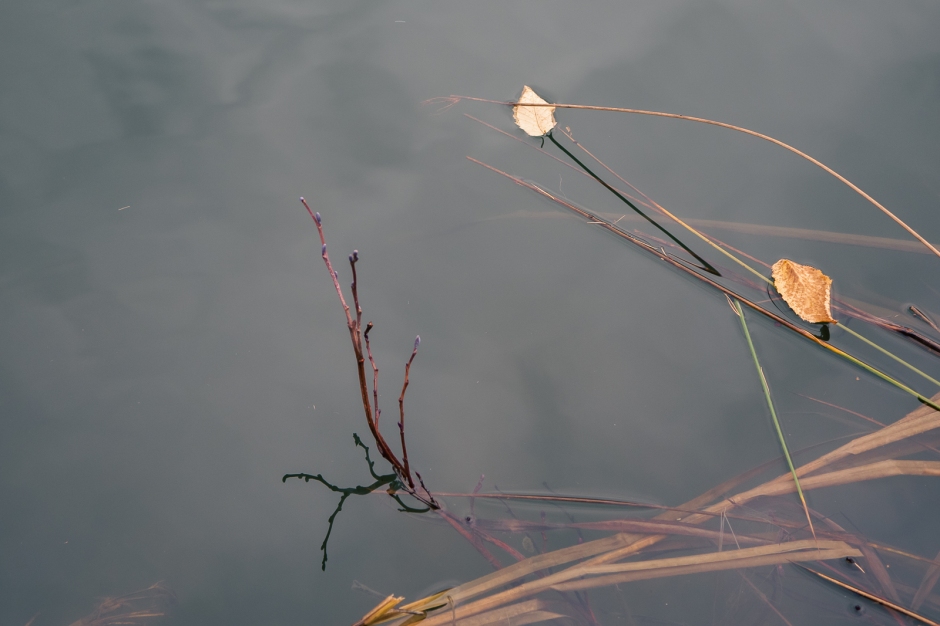 Last of the week long photo session and some austere, stark photos with some added wisdoms from Simon Bond’s Minimalist Photography

minimalism is a type of image-making that relies on simplistic compositions, heavy use of empty space, and elimination of clutter.

subject presence is kept to a minimum; zoom out for a small-in-the-frame subject surrounded by empty space.

Pin sharp or at least crisp images are de rigeur for minimalism – not always easy to achieve when I need to bend or get closer without a zoom lens and without falling in the water!

The added reflection contaminates the austerity of this one. Both photos though are drawing attention to themselves as subject, as ecstatics (ex-static = up out of context) with their attention-seeking colour – an important aspect of minimalism.

But perhaps most important of all is the meditative aspect of minimalism – something I feel was achieved finally!

At the still-point in the center of the circle one can see the infinite in all things.”